Habitar la trinxera. Històries del moviment pel dret a l’habitatge a Barcelona (Inhabiting the trench. Stories of the movement for the right to housing in Barcelona) is a book that results from following a thread. An investigation that began in 2012 to address the origins of the Plataforma de Afectados por la Hipoteca (PAH, Platform of People Affected by Mortgages)  became a trajectory of interviews to talk with people who have led very diverse movements for the right to housing and against urbanistic and real estate speculation in the city of Barcelona in the last three decades. It was presented in April 2018.

The book collects stories of victories, defeats, but above all of struggles to transform the world (or, at least, the city) and not resign to life being governed by economic interests. Stories of the politics that are done at street level, either occupying empty spaces or collecting signatures to change a law. The first chapter places us at the moment of greatest strength of the PAH, to then talk about the history of squat movement, anti-globalization movements, neighbourhood organization against real estate harassment, and the experiences born in the aftermath of the indignados’ movement.

The text has a prologue by Ada Colau, mayor of Barcelona and one of the protagonists of the stories collected. The mayor takes a look back from the City Hall and says that “it is essential to have books like this one that collect these experiences, because, after all, this is our real story, which allows us to transcend ourselves and gives us the right to try to dream, create and challenge again”.

The book is part of the collection Journalism and Human Rights, edited by the Fundació Periodisme Plural and Octaedro Editorial.

Read the book in PDF (in Catalan): 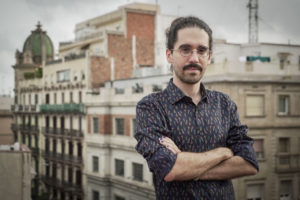